ALL ITEMS ARE NON-REFUNDABLE AND NOT RETURNABLE ONCE SHIPPED.
* Homeopathic and nutritional products have not been evaluated by the FDA and are not intended to diagnose, treat, cure or prevent any disease.*

Send your message to the FDA here now!
https://homeopathychoice.org/tell-fda/#/20/

The U.S. Food and Drug Administration (FDA) has proposed new guidelines for homeopathic drugs that would give the agency the power to **remove** properly formulated homeopathic products currently legal under the Food, Drug & Cosmetic Act which governs the FDA.

In addition, since the FDA has withdrawn its previous policy—which outlined clear steps for bringing homeopathic medicines to market—the agency has provided no clear guidance on how manufacturers should comply with the law.

The results so far have been chaos and a de facto removal of an entire category of homeopathic medicines.
The agency’s abrupt moves have thrown manufacturers, practitioners, consumers and, indeed, the entire homeopathy community into confusion and uncertainty.
Homeopathic Medicines Would Become “Unapproved”The proposed guidelines would change the status of homeopathic drugs from a special category of medicine and put them into a group considered “unapproved.”

This means that all homeopathic medicines would become technically illegal and could be removed at any time by order of the FDA.

Any homeopathic drug which is removed from the market by the FDA could not return unless it undergoes the agency’s New Drug Application (NDA) process, a costly process designed to weigh the risks and benefits of pharmaceutical drugs, which may have toxic effects. Homeopathic medicines are formulated to be nontoxic and therefore pose no toxic threat to humans. It makes no sense to force nontoxic homeopathic drugs to go through a process that can cost tens of millions of dollars and take many years in order to find out if those drugs are toxic. In 200 years of use, there has never been a documented death or injury from a homeopathic drug.

Moreover, since homeopathic medicines cannot be patented—they consist of commonly available substances—there would be no incentive for any company to pay for such a process. Requiring a homeopathic drug to undergo the NDA process would be a de facto permanent removal.

If we are unable to resolve this issue through the FDA and/or Congress, we expect to mount a vigorous court challenge. We strongly believe our interpretation of the law is correct, and it is backed by 80 years of FDA policies and statements.

If You Use It, You May Lose It

The FDA’s proposed guidelines would allow the agency to remove homeopathic medicines because such medicines “may cause users to delay or discontinue medical treatments that have been found safe and effective.”

We can say with confidence that just the reverse is far more often the case. The vast majority of people with difficult medical issues first exhaust all conventional treatments in order to find relief. Among those for whom conventional treatments don’t resolve their symptoms, some seek out homeopathic medicines, often as a last resort.

How many times have you heard that kind of story? And, for how many of you homeopathy users reading this sentence IS that your story? Fortunately, many who try homeopathy with guidance from a competent practitioner find some relief and very often complete relief from the symptoms they’ve been experiencing—even if this process sometimes takes a few weeks or months.

It is important to note that the homeopathic medicines listed in the Homeopathic Pharmacopoeia of the United States have already been found to be both safe and effective. So, it should be no surprise that once a consumer has a positive experience with a homeopathic medicine, he or she often attempts to provide self-care using this system of medicine.

It is true that consumers don’t always understand how to treat complex conditions. This is why the FDA requires all over-the-counter (OTC) medications including homeopathic medicines to carry a warning that users should seek professional help if a condition worsens or persists for more than three days.

It is unnecessary and worrisome that the FDA is singling out homeopathic medicines. The FDA does not, as a matter of policy, threaten to remove much more widely used OTC medications such as pharmaceutical pain relievers. This is despite the fact that those pain relievers might cause a person with a brain tumor (who didn’t know it) to treat the pain from the tumor for an extended period in the same manner as an everyday headache—by merely covering up the pain.

The FDA has, to its credit, been meeting with Americans for Homeopathy Choice and members of the homeopathy community during the past three years. We are striving to create an understanding that for over 200 years homeopathic medicines have been used safely and effectively.

We want to empower homeopathy in the United States by doing two things:

Unfortunately, the FDA is moving forward as if it has already adopted its proposed guidance. The case of Philadelphia-based homeopathic manufacturer MediNatura is only the first of what could be a series of actions by the FDA to remove homeopathic medicines from the market.

MediNatura was forced by financial considerations to drop its case against the FDA after a U.S. appeals court refused to grant a preliminary injunction to prevent the agency from blocking imports of MediNatura’s injectable homeopathic drugs.

The FDA admitted in a lower court hearing that the agency has no evidence of safety problems with MediNatura’s products. Rather, the FDA asserted that the injectable drugs are “unapproved new drugs” which have not gone through a New Drug Application process and which are subject to removal at any time merely because they are “unapproved.” The FDA claims to be targeting homeopathic drugs it regards as “risky.” MediNatura asserts that its products are neither risky nor “new drugs” under the law.

MediNatura’s nontoxic, nonaddictive injectable products relieve pain and inflammation and have caused only one adverse drug reaction in the 18 years they have been available in the United States. This compares to 86,000 adverse reactions and 14,000 deaths during the same period from corticosteroids which are pharmaceuticals used for the same conditions.

Patients using MediNatura products for pain may now be forced to use other more dangerous drugs such as corticosteroids and opioids. With the loss of over 40 percent of its revenues, MediNatura has laid off many of its employees and is reviewing its options.

To keep this story from repeating again and again, we must all work together to defend diverse health care options including homeopathic medicines that help Americans from all walks of life restore and maintain their health. 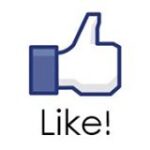